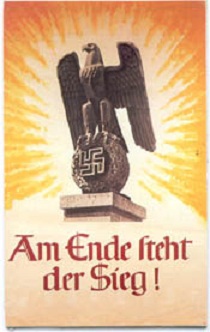 We look at and post a wide variety of material and link to some sites, videos, etc. You may disagree strongly with some of it since it represents differing viewpoints; you may even find some offensive. Posting it in no way implies our support for any views expressed in the materials. It implies only that we think that viewing them may help us or you to a better understanding of the issues, even where we reject what is said.

We stand for freedom to explore and freedom to debate. We advocate maintaining an open mind at all times, in the spirit of scientific enquiry. However convinced we are at any time of any given position, we must always be open to the possibility that new evidence or a new insight may lead us to change our view.

A conflict as wide-ranging and destructive as World War II naturally gives birth to a number of urban legends and myths that become "common knowledge" - despite not actually being true.
Many have been refuted numerous times, and some exist only as rumors or fringe conspiracy theories held to by a few outsider scholars.
World War II was a complex global struggle, that took the lives of many, and it can be hard to know what legends about this war and this period of history are actually true,
and which are completely false. 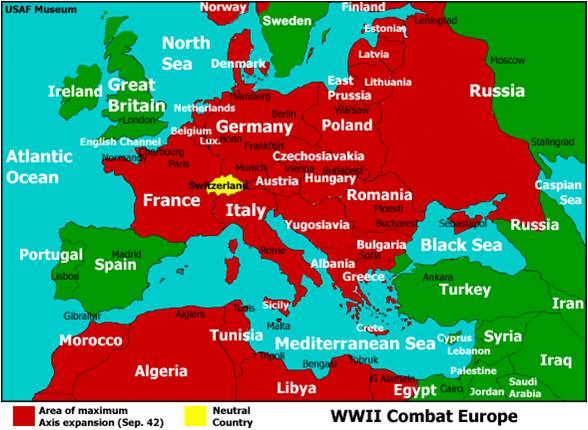 Hitler himself was the most significant creator of untrue Hitler facts

What Hitler told the world about how he had turned from a postcard painter into a fascist leader was seldom supported by true facts.
A pathological and talented liar, Hitler told people whatever they wanted to hear and what was politically opportune.
The core of his invented story were the four years that he served in the German Army on the Western Front.

It was a story that he told so successfully that it was believed for almost a century after the end of the Great War.
Hitler used it when he wanted to tell his core supporters that National Socialism had been born in the trenches of the First World War and that the war had made him.
He also used it when he tried to broaden his appeal to a skeptical public in the late 1920s.
And he used it in 1938 to court and fool Neville Chamberlain by telling the British prime minister a tall story of how a British soldier had saved his life in 1918.

Many other canards of Hitler and untrue facts created by his propagandists persist to the present day.
As the young historian Norman Domeier recently put it, "today’s perception of Nazi Germany by the public at large is still dominated by Nazi Propaganda".

Just after the fall of the Third Reich the international press began to introduce more or less fantastic stories about alleged "wonder secret weapons" developed by the Nazi scientists during the last months of WWII.

The early achievements of the primitive jets, rockets and missiles, as well as the discovery of huge amounts of prototypes and, above all, blueprints, stimulated the birth and the circulation of wild stories about amazing "wonder weapons".

The technological breakthroughs made by the Nazis, and their evil aura, created a sort of "fascination" and wishful thinking about the subject of the German secret weapons. It was a popular subject for most of the international press (as well as the never-ending controversy of Hitler's death or survival) in the second half of the forties and many tabloids and popular weeklies emphasized rumours and uncontrolled news about fantastic German wonder weapons.

To a certain extent the German leadership is responsible for encouraging the Allies to make exaggerated claims about German technological prowess. The constant talk of wonder weapons that would turn the tide of war helped maintain home front morale. On the other hand, such claims, coupled with the very real German innovations in weapons technology, including jet aircraft, rocket planes, cruise missiles, guided missiles, and many others, were bound to lead the Allies to believe that the latest word in fascist technology would have no limits and thus any claim became plausible.

There also cases where the Nazi leadership, and specifically Adolf Hitler, would attempt to gain a psychological advantage by exaggerating German technological capabilities. For example, when the Germans invaded Belgium in May, 1940, they seized the fortress of Eben Emael in 24 hours, much to the astonishment of the Allies. In a speech, Hitler attributed the success to a special weapon or Angriffsmittel, whose character he would not divulge. His coy announcement immediately created apprehension among the Allies, as well as speculation about the nature of the wonder weapon: bombs containing liquid oxygen as well as a paralyzing and non-lethal nerve gas were both suggested as possibilities. In fact, the legendary Angriffsmittel turned out to be nothing more complicated than a shaped explosive charge, but that does not mean that these other contemporary speculations are valueless to the historian. On the contrary, because they represent almost pure projection, they tell us a great deal about the widely-held beliefs in German technological and scientific prowess as well as about then common concerns with specific types of weapons.

ARTICLE 19. Everyone has the right to freedom of opinion and expression; this right includes freedom to hold opinions without interference and to seek, receive and impart information and ideas through any media and regardless of frontiers.
-- The Universal Declaration of Human Rights, adopted by the United Nations General Assembly on December 10, 1948, in Paris.
The concepts expressed in this document are protected by the basic human right to freedom of speech, as guaranteed by the First Amendment of the Constitution of the United States, reaffirmed by the U.S. Supreme Court as applying to the Internet content on June 26, 1997.
This site contains copyrighted material the use of which has not always been specifically authorized by the copyright owner. I am making such material available in an effort to advance understanding of environmental, political, human rights, economic, democracy, scientific, and social justice issues, etc. I believe this constitutes a 'fair use' of any such copyrighted material as provided for in section 107 of the US Copyright Law. In accordance with Title 17 U.S.C. Section 107, the material on this site is distributed without profit to those who have expressed a prior interest in receiving the included information for research and educational purposes. If you wish to use copyrighted material from this site for purposes of your own that go beyond 'fair use', you must obtain permission from the copyright owner.